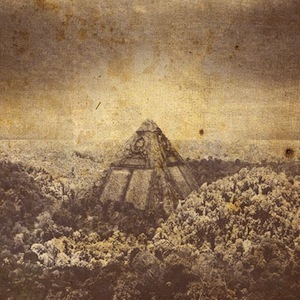 HENRYSPENNCER & AMONG THE BONES
Split E.P. (SOLD OUT)

This opus is the result of a collaboration between two artists : one English (Among The Bones) the other French (Henryspenncer), both having composed one track for the release. Henryspenncer's "The Amazon" is a vast voyage, as epic as it’s hypnotic and Among The Bones' "Pyramid of Sacrifice", a long and droning tribal ritual, both form two chapters of the same story. A mystical journey through an unexplored and alien jungle.