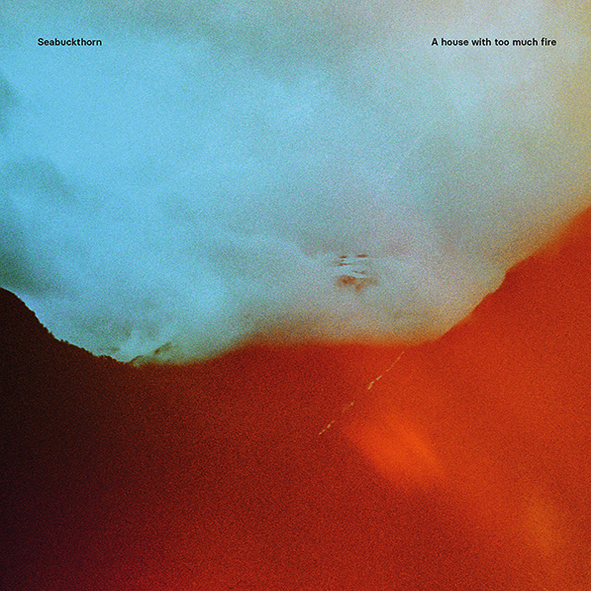 SEABUCKTHORN
A House With Too Much Fire (LP)

A house with too much fire is UK guitarist Andy Cartwright’s 9th release under the alias Seabuckthorn. Heavily influenced by mountain terrain after relocating to the Southern Alps, Andy has experimented further with raw guitar sounds in bowing, fingerpicking & the use of slides, bringing a wider channelling of atmospherics & textures. Recorded in late 2017 and with the wood burner always in use, most song parts were captured in one take providing a spontaneous feel, focusing on loose, minimal improvisations which are apparent somewhat in Seabuckthorn’s live performances. With the new addition of banjo, clarinet & synthesiser to occasionally accompany the guitars, this release wonderfully reflects the surroundings in which it was created. This is the 4th release with Bookmaker Records & first collaborative release with La Cordillère. LP / 40 min / BKM17 / 500 copies / Out June 1 2018